Howdy👋. Did you miss us? Here is what we prepared for you on our latest release:

🕵️ Search for data in another process​

The new search data microservice enables you to create a process that can look for data (using Kafka send / Kafka receive actions) in other processes.

A new "CARD" UI component is now available, it acts like a Container component with the following FLOWX props available: title, subtitle and accordion. The new element will improve user experience while editing the UI of a process. The card can be added to a user task using the UI Designer.

The accordion is a component that organizes content within collapsible items. Accordion allows the display of only one collapsed item at a time.

The FLOWX props items (Title and Subtitle) were removed from to Form group and moved to the new Card UI element.

Now is possible to create and add node actions directly from UI Designer, without having to go back and forth between UI and process config while designing a page that contains actions.

The default value for a UI action name is prefilled with the node action name unless the user prefers to change it.

Display warning when a node is being edited by another user​

When a node inside a process definition is being edited by a user and another user opens this process a warning will be displayed. Avatar icons of both users on the node are displayed. Hovering over an avatar will reveal the full name of the user.

This is also available for UI Designer.

You can now select multiple BPMN nodes and reposition them anywhere in the process canvas - using CMD/Ctrl + Click command. The nodes you select will be highlighted as you can see in the picture below.

You can now deactivate a user in FLOWX.AI Designer by accessing Access Management > Users and then pressing Deactivate on a selected user.

When you deactivate a user, the following events are triggered: 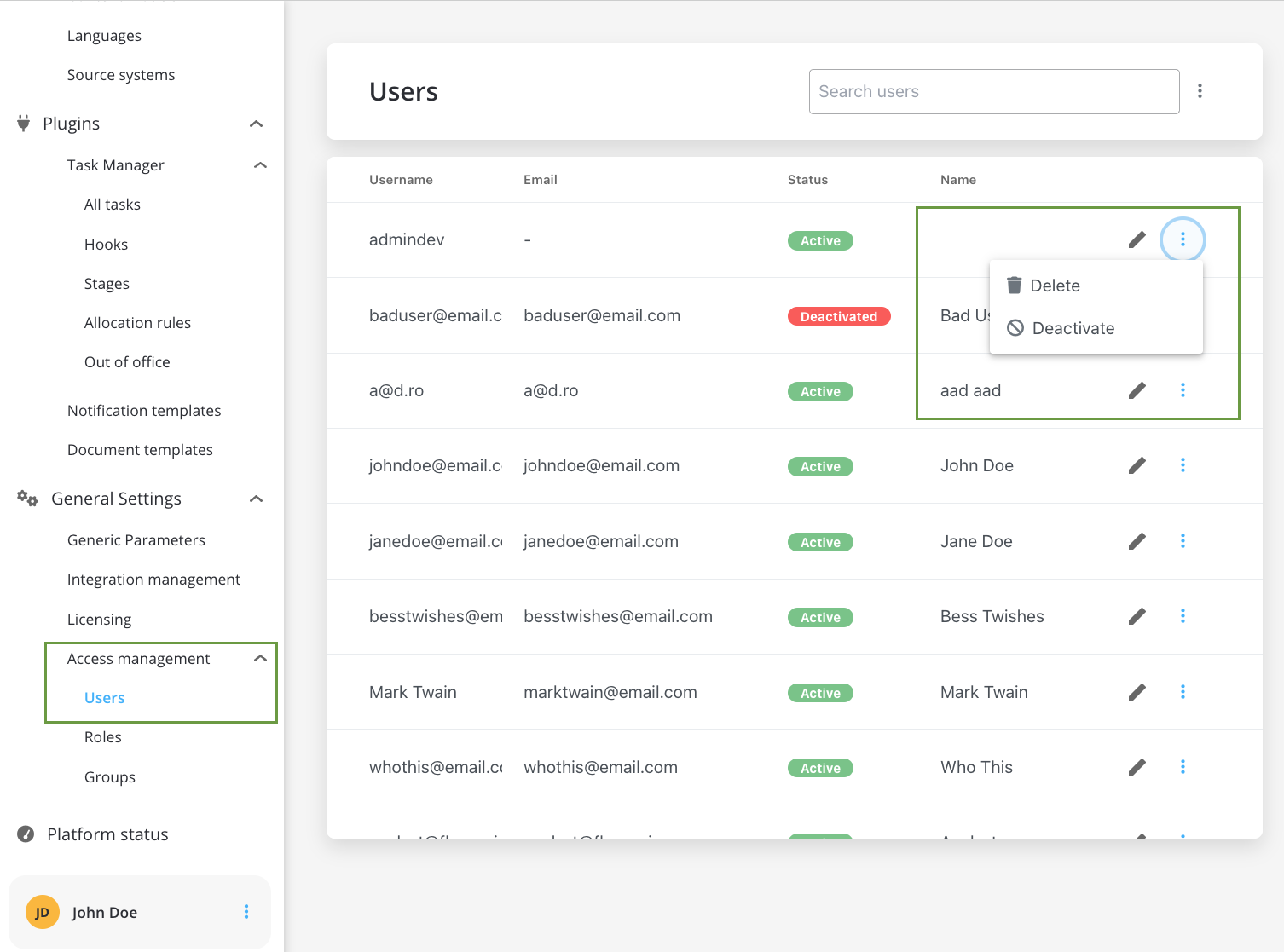 Warning when a platform component is down​

Added a new warning message to display when a component/ or multiple components are down.

A user can now easily access a subprocess definition directly from the actions tab (inside a user task node or service task node).

Fixed a bug where when you are trying to open a process instance that has a null token version you will get a 500 error. You can open any process instance now, all tokens have a version that is not null.

Fixed an issue where the edit node name button was deactivated.

Autosave function inside UI Designer is no longer closing pop-ups (while editing some fields) when it is triggered.

The design of the scenario definition page has a new look meant to enhance the user experience. 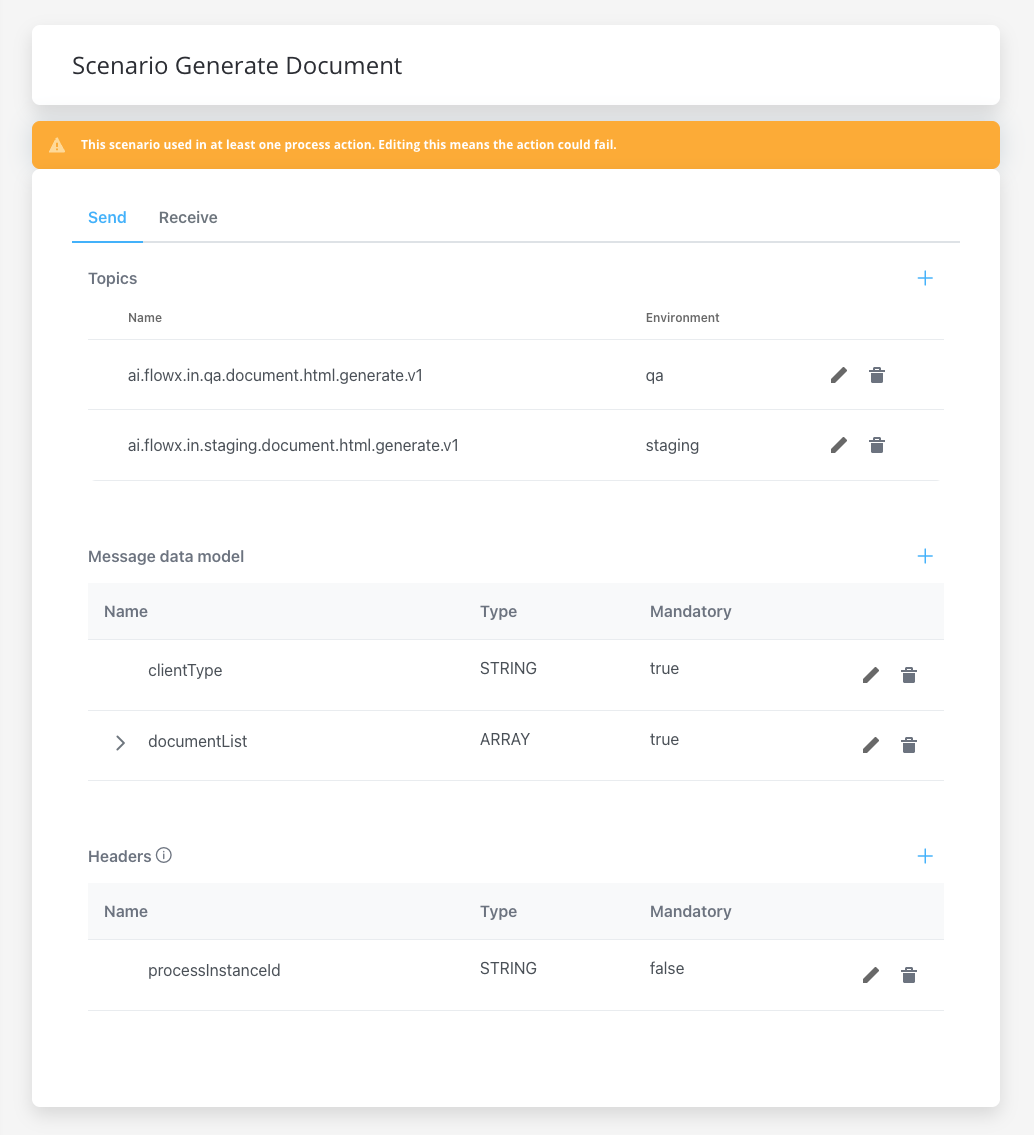 Integration and scenario identifiers fields were removed from Integration Management's UI (they are now generated by the system backend).

It is now possible to use the search function inside the enumerations menu.

Additional information regarding the deployment for v2.12.0 is available below: